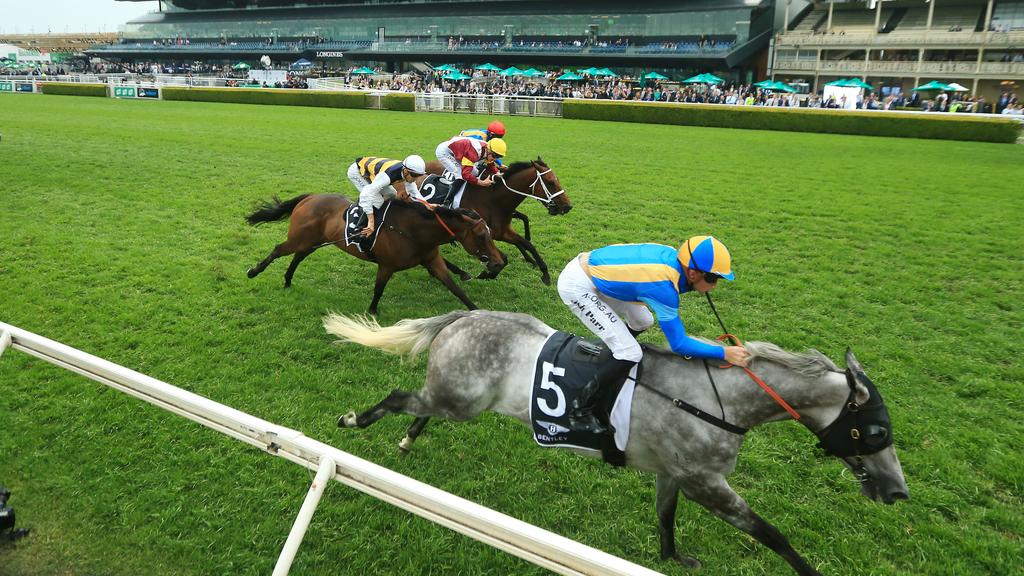 And the wet weather isn’t a concern for either but She’s Ideel is the one that should handle it better.

She may be a five-year-old but she’s lightly raced with five wins from 13 starts and she’s got more victories in store.

The more rain, the better is will be for She’s Ideel.

“They will both get through a wet track reasonably well,” Baker said.

“I think She’s Ideel would be more favoured on a really heavy track.”

Fun Fact did what he normally does last Saturday and led all the way while She’s Ideel had to come from ninth to be beaten less than 1½ lengths when third to her stablemate.

The wet weather will make the Rosehill track testing which plays in the favour of Baker’s pair.

“It’s a $500,000 race and they’re both in really good order. They came through the St Leger well and I think having been to the St Ledger trip (2600m), and with the way the track’s looking or Saturday, I think it might be a good thing coming back in distance,” he said.

“It looks like it will feel more like the St Leger trip and it’s something I’ve had a lot of luck with of late, stepping horses back in trip.

Baker thinks She’s Ideel deserves a change of luck and he’s hoping it starts when the barrier draw is released shortly after 10am on Wednesday.

“If she can draw a gate she can be a little bit closer and I can see her running really well.”

Fun Fact win last weekend was the seventh of his 36-start career but he has to carry 7.5kg more than She’s Ideel which will make things tough on a wet track.

But he’s a horse that pops up and surprises punters like he did last Saturday when, as a $16 chance, he just kept going and led all the way over a tough 2600m trip.

He can be a frustrating horse at times but when he’s on, he’s very hard to get past.

“I think most people do find him hard to catch but he’s in good order and did a fantastic job last weekend,” Baker said.

“They’re both well and the wet track really brings She’s Ideel right into it.”