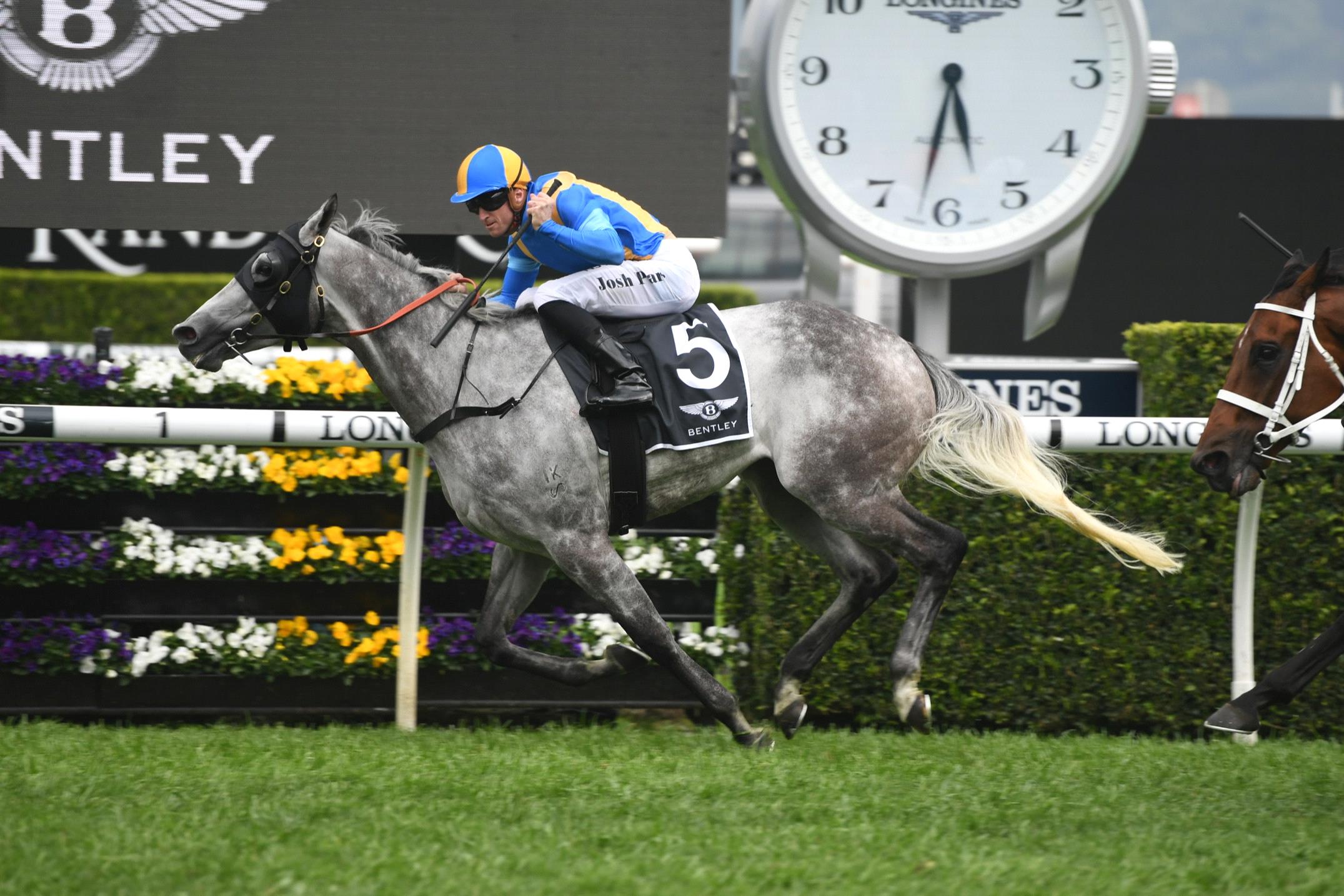 Parr went straight to the front in the endurance test and was never headed as the Bjorn Baker-trained five-year-old showed superior staying qualities in the $500,000 feature.

The son of The Factor – a $13 chance with bookies – skipped around the turn and into the straight a few lengths clear with his rivals unable to reel him in.

The Chris Waller-trained Brimham Rocks ($4.40) got within a length of Baker’s bold frontrunner but it was as close as they’d get while stablemate She’s Ideel ($3.70) flashed home to grab third.

“To stretch to 2600m, lead all the way and really tough it out, I think it was his career best effort,” Parr said post race.

Parr admitted everything went according to plan for Fun Fact after he was allowed to dictate from the outset.

“I did have a plan. I thought I would find the lead,” Parr said.

“I did think from about the 1000m I would start to amp it up if I had my own way. Fortunately enough I was able to go an extra furlong before I had to do that so maybe that was the difference”

Fun Fact has been a great earner for connections and has now banked close to $750,000 in prizemoney for the stable.

Meanwhile, Paths Of Glory was the bookies favourite at $3.30 but jockey Kerrin McEvoy got caught in traffic in the straight and never looked likely.