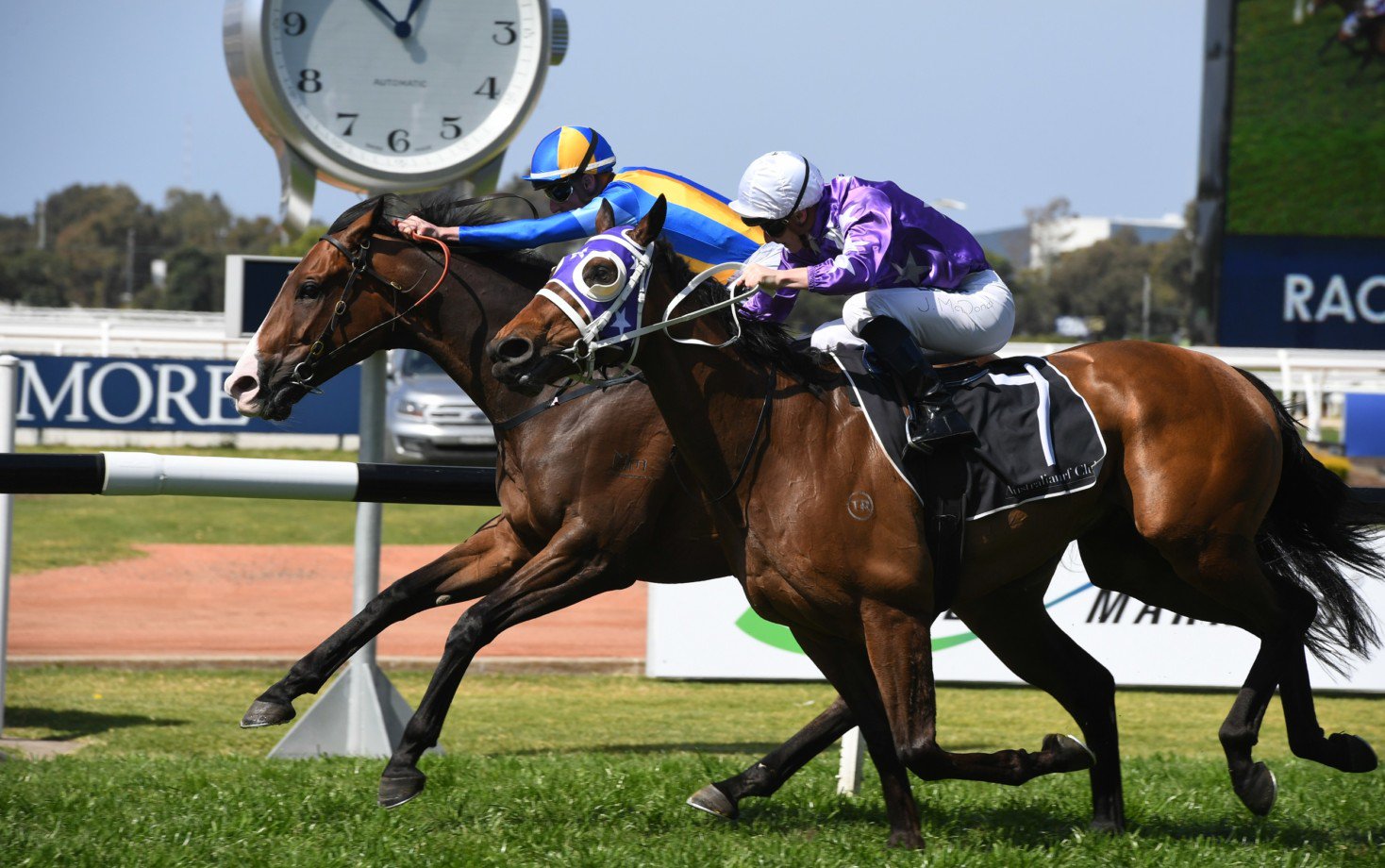 Trainer Bjorn Baker has had a marvellous start to the season with two wins at Rosehill after starting the day’s meeting with six metropolitan winners.

Both Saturday’s wins were close run-affairs with favourite Shock Alert ($2.90) taking out the EverestCarnival Handicap (1800m) by a head from Humbolt Current ($3.60).

Another favourite. Irukandji ($4.20) prevailedin an equally tight finish to take out the Hyland Race Colours Handicap (1500m) from Juventus and Angel of Heaven, both trained by Kris Lees.

And Baker is pretty confident this is one of his best starts to a racing season he’s had so far.

“By a long, long way. Normally I’m a pretty slow starter,” he said.

Jason Collett rode Irukandji who is by champion Dundeel who was trained by Baker’s father, New Zealander Murray Baker.

“It’s great too on a Saturday with Dundeel,” Baker said.

“Obviously my father had him and he stayed at Warwick Farm and he’s done great.

“I was nervous but he’s going very well it’s the first time today I thought he looked well.

“On track work alone he shows a lot of ability but he’s still just doing one or two things wrong.”

Shock Alert chased Perfect Rhyme who looked in stellar form for the first half of the race before jockey Nash Rawiller skilfully managed to push the gelding over the line.

“I didn’t go full bore until the 100 metres,” Rawiller said.

“I was trying to keep something there for the finish. I thought if you don’t put me away I’m a chance.

“I don’t think having that leader to chase suited us. I’d rather be dictating terms.

Baker, who was confident with Rawiller on Shock Alert, said the horse was aging into his prime.