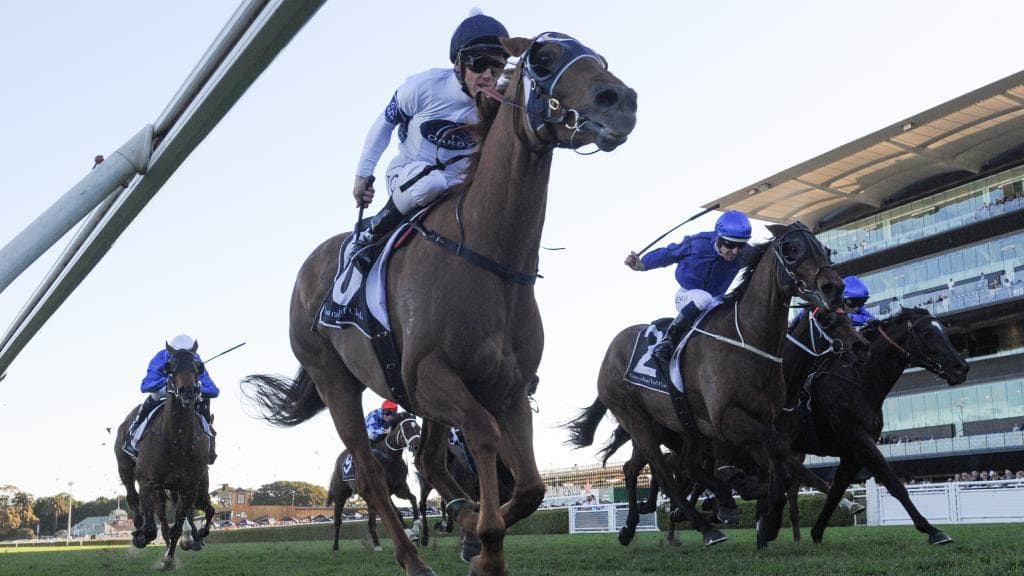 This wasn’t a sentence I thought I’d ever need to write out but Samadoubt shocked some of the biggest names in Australian racing with an upset win in the $500,000 Winx Stakes (1400m) at Royal Randwick on Saturday.

But the more you analyse the result, it is apparent Samadoubt deserved his win.

Samadoubt, the $31 outsider, went straight to the front, set a solid tempo and ran his rivals ragged. His rivals had every chance to run Samadoubt down in the straight but he was too tough, too good.

There was no fluke about the result. This was a training coup by Bjorn Baker who produced Samadoubt rock-hard fit and in the form of his life for the Winx Stakes. It was also a masterful frontrunning ride by Tim Clark, who rated the chestnut superbly in front.

Samadoubt was first-up from a spell like most of his Winx Stakes rivals but Baker engineered this monumental upset result by giving the gelding a searching barrier trial hitout at Rosehill earlier this month, which he won by more than six lengths, and then some tough track gallops at Warwick Farm leading into Saturday’s race.

“These Group 1 races are tough to win so we will take this,’’ Baker said.

“We did set Samadoubt for this race. He was trained up for it but it’s hard to get too confident at this level.

“I thought when Dreamforce accepted for the other race we might have been a chance as we were the only leader and it has worked out for us.

“He’s been a good horse and did win our great nation’s capital race the Canberra Cup earlier this year. From Winx to Samadoubt – hasn’t it got a good ring to it.’’

Samadoubt ($31), raced by Darby Syndications, held off the late surge of the ever-reliable Happy Clapper ($5.50) to win by a half length with Invincible Gem ($14) a neck away third.

Clark and Baker devised a race plan for Samadoubt which resulted in the biggest Winx Stakes upset since Sir Dex won at $41 in 2005.

“In two or three runs time over a little bit further these other horses are probably going to get the better of him but at this point of his preparation, 1400m fresh, it just looked like an ideal race to have a throw at the stumps.

“We thought if I could pinch a few easy sectionals down the side, then when we were at the 600m I thought there’s a few old stayers behind me so we’d see how much speed they had in their legs.

THIS IS WHAT IT’S LIKE TO WIN A G1 WITH A 40/1 SHOT! Samadoubt’s connections @BBakerRacing can’t believe they just took out the Winx Stakes … Get your $5 tickets via the TAB app for a chance to be an owner in the $1.3m #TheKosciuszko @royalrandwick on Oct 13… pic.twitter.com/RNZJqxaFf2— Sky Racing (@SkyRacingAU) August 24, 2019

“He gave a great kick and it’s very exciting to win the first Group 1 of the season. It’s been a great start to the season and to get a Group 1 so early on is really awesome.’’